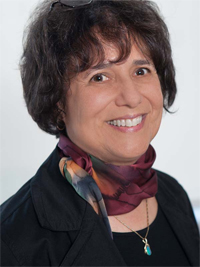 Lois S. Weisman, Ph.D, Class of 1974, a scientist, professor, and researcher, followed in the footsteps of her mother, Shulamith Berlin Weisman NJC ’49, when she came to Douglass College where Lois became just one of 16 chemistry majors graduating in with the Class of 1974. She recalls finding inspiration in Douglass faculty members Drs. Phyllis Dunbar, Joan Valentine, Wilma Olsen, Charlotte Avers and Evelyn Witkin, whose presence demonstrated that women could excel in scientific research. Today, Dr. Weisman is the Sarah Winans Newman Collegiate Professor in the Department of Cell and Development Biology and the Life Sciences Institute at the University of Michigan. She has received numerous awards for her research in Myosin V based transport and phosphoinositide lipid signaling in yeast and neurons. Following Douglass, she earned a doctorate at the University of California-Berkeley and was a Postdoctoral Fellow at University of California-Los Angeles.

Research opportunities during her undergraduate years included a year-long stint as a researcher in Dr. Stanley Mandeles’ laboratory, as well as a summer research position at Litton Bionetics-NIH, both of which she credits for adding to her professional development. Dr. Weisman was exposed to the meaningful ways scientists helped others beyond the lab, such as Dr. Mandeles outreach to disadvantaged children. It provided an eye into how she might create a fulfilling professional life in science.

As a student at Douglass she sang with classmates in the Kirpatrick Choir and was a member of Hillel. She was an active hiker – walking 350 miles of the Appalachian Trail one summer. Her education at Douglass also gave Dr. Weisman a deep appreciation of literature, drama, music, art, film and history which she says continues to be a source of pleasure in her life.

As a Postdoctoral Fellow with Dr. William T. Wickner at UCLA, Dr. Weisman says she “became particularly intrigued with the value of using yeast cells to discover new insights into human physiology.” Expanding on studies from a small cohort of yeast researchers, her goal was to exploit the similarities between yeast and human genes to discover new pathways that are essential to cell function. Over several years of collaborative studies, her investigations in yeast led to the discovery of a new lip-signaling pathway, and ultimately to the finding that mutations in Fig4 underlie Charcot-Marie Tooth syndrome CMT4J, a severe peripheral neuropathy, as well as some forms of ALS. These unexpected findings provide clues towards the development of therapies to treat a broad range of neurological diseases.

It was in Wickner’s laboratory that she initiated investigations into the regulation of organelle inheritance and intracellular signaling, topics that continue to be a focus in her laboratory. In 1993, Dr. Weisman established her laboratory in the Department of Biochemistry at the University of Iowa. She moved to her current position at the University of Michigan in 2005. Her laboratory is focusedon determining how intracellular processes are regulated both spatially and temporally. She has made several contributions to knowledge of organelle inheritance in yeast and to phosphoinositide signaling in yeast and neurons. Her laboratory uses a wide range of techniques including classical yeast genetics, genomic approaches, biochemistry, and microscopy.

Dr. Weisman has received many honors including, The Sarah Winans Newman Chair in Cell and Developmental Biology; Fellow of the American Association for the Advancement of Science; NIH National Institute of General Medicine MERIT Award; American Heart Established Investigator Award; and the National Science Foundation Early Career Development. She is the author of many publications in cell biology.