As the AADC celebrates 100 years, we recognize the contributions of so many people to the growth and success of our organization and its ability to connect alumnae. Our “Legacy of Leaders” series highlights just some of the many people whose dedicated work has been indispensable in getting the AADC to this magnificent milestone 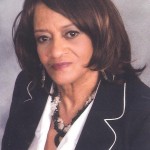 Over a distinguished 30-year career and a life-long commitment to equality and social justice, C. Maxene Vaughters-Summey, Douglass College Class of 1970, has impacted countless others as an activist, community leader, educator and mentor.

Her advocacy began as an undergraduate and continued throughout her career and service at Douglass College and Rutgers University and beyond. As a Sociology major, one of her professors inspired her to become a social change agent and get involved in campus-based activities. A founding member of the Douglass Black Student Congress, she became its second president, and in 1969, led the Black student protest effort at Douglass in concert with the Black student organizations on all three Rutgers regional campuses. Also as a student, she helped usher in Douglass College’s first African-American assistant dean, Black-oriented student programing and classes in Black history, as well as the establishment of an Africana House and an Africana (Black) Studies Department at Douglass.

Following the assassination of Dr. Martin Luther King, Jr. in 1968, Maxene helped organize a program to increase racial sensitivity and improve relations between Black and White students. She also developed and coordinated a peer-counseling program for minority students. For her efforts, she received the Senior Service Award from the AADC.

At Douglass, she served on the Rutgers University Equal Opportunity Board, the Faculty Admissions Committee, the Paul Robeson Center Board and the Douglass Student Academic Affairs Committee. She also served as advisor to the Douglass Black Students Congress for several years and worked extensively with the director and students in the Africana House.

She also worked with African-American and Hispanic faculty and staff organizations, helped to establish the Associate Alumnae of Douglass College Black Alumnae Network (BAN) and she continues to remain active with the organization and attend BAN events. She also became involved in community-based activities sponsored by the local chapter of the National Association for the Advancement of Colored People.

Following her retirement, she worked at Hunter College as a Special Advisor and Study Skills/GRE Prep Instructor for students in the Student Support Service and Ronald E. McNair Post-baccalaureate Achievement Program.

In 2008, she was appointed the Special Assistant for Special Project Development at Rutgers-Newark Office of University-Community Partnerships where she continued to be a proponent of youth development initiatives, including the RU Ready for Public/Healthcare Service and the RU Ready for Work programs for Newark area high school students until 2018. She consults on grant development, continuing her commitment to improving access to quality educational opportunities.

Maxene has been involved in and an award recipient of the statewide EOF Professional Association, as well as the AADC. Among her many honors, Maxene received the Women of Achievement award from the New Jersey State Federation of Women’s Clubs of GFWC and Douglass College in 1994 and was inducted into the Rutgers African American Alumni Alliance Hall, Inc. of Fame in 2012. She is the recipient of the Essex County Legends Award (2015), the AADC Alumnae Recognition Award (1986), and the AADC Medal (2003). In 2018, she was inducted into the AADC Society of Excellence in recognition of her many accomplishments.

Maxene is a loyal contributor to the AADC Annual Appeal. She inspires sister alumnae and friends to join in support. Upon her retirement in 2003, colleagues, friends and sister alumnae made donations to create the C. Maxene Vaughters-Summey Prize, which is awarded annually to a graduating Douglass College student with a strong academic record who has been an active participant in the Equal Opportunity Fund Program and who intends to pursue a formal post baccalaureate educational program.

In 2018, the AADC Black Alumnae Network established the C. Maxene Vaughters-Summey ’70 Service Fellowship in her honor. This Fellowship supports African American alumnae who are pursuing a post undergraduate degree. This Fellowship is awarded with preference to women with financial need who have demonstrated leadership in activities that provide service to others.

The AADC is grateful to C. Maxene Vaughters-Summey for her AADC leadership and salutes her for her extraordinary dedication.