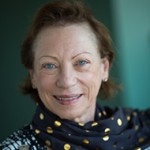 As a French major at Douglass, Kathleen Whitehead Ludwig ’75 dreamed of traveling to France. After graduation in 1975, she followed her passion for human rights and studied the dynamics of globalization, receiving a master’s degree in intercultural communication. Today, Kathy has traveled the world, focused on a commitment to women’s leadership and human rights.

Her passion for human rights and love for Douglass College inspired Kathy and her husband Edward Ludwig to make a significant contribution to help ensure global opportunity for students. Their $1.25 million dollar investment as lead donors to the AADC’s 2010 Campaign for Douglass gave life to the dream of building a new living-learning residence hall to expand the Global Village at Douglass. That generous gift fostered the next wave of innovative global education at her alma mater.

Today the building bears her name as the Kathleen W. Ludwig Global Village Living Learning Center. In seeing this key initiative to its fruition, Kathy was directly involved with the AADC and both the former and current Deans on insuring that the continuation of the living-learning community experience will enrich the education of Douglass students far beyond the walls of the classroom for generations to come.

For this work and other key leadership roles, the AADC presented Kathy Ludwig with the Douglass Medal in 2012 and nominated her for the Women of Achievement Award, presented to her by the New Jersey State Federation of Women’s Clubs of GFWC and Douglass Residential College in 2014. She was named to the AADC Society of Excellence in 2021. In addition, Kathy is participating in our milestone anniversary as a lead donor and as a member of AADC 100th Anniversary Proud History to Bright Future Honorary Committee.

Kathy’s philanthropy goes beyond the AADC and Douglass. She was a founding board member of Women United in Philanthropy (WUIP), Bergen County Chapter. This organization was New Jersey’s first “giving circle.” The giving circle is a new kind of philanthropy, based on the passion for giving, and a belief in the collective power of women. By mobilizing the strength and power of women, Kathy works to bring resources together to provide grants that benefit programs serving a wide range of needs for women in Bergen County. Her involvement and support ranges from causes such as homelessness and hunger to refugees.

Kathy is an active board member on Johns Hopkins Bloomberg School of Public Health, where she serves on the Health Advisory Board’s Membership Committee and chairs the advisory committee for the Center of Public Health and Human Rights.

She is also part of the Northern New Jersey and Rockland Chapter board of the Juvenile Diabetes Research Foundation, and she has chaired its Government Relations Committee. She provides support to the YWCA of Bergen County and is also an active supporter of Art for Amnesty, which works with artists to campaign for human rights. In Florida, Kathy is a Board member of the Collier County Foundation where she serves on the Grants Committee reviewing applications for funding human services.

This distinguished group of women being highlighted in our Legacy of Leaders series represents our finest, most accomplished and most supportive alumnae, those women whose career and community achievements set a high standard for us all. Kathy Ludwig certainly meets those lofty standards.