As we count down to our AADC 100th Anniversary in June 2022, we recognize the contributions of so many people to the growth and success of our organization and its ability to connect alumnae. Our “Legacy of Leaders” series highlights just some of the many people whose dedicated work has been indispensable in getting the AADC to this magnificent milestone. 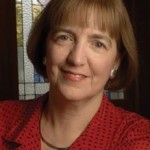 There is perhaps no one in our alumnae community who demonstrates more passion and enthusiasm for the AADC than current President Jeanne M. Fox ’75. She never misses the opportunity to voice her support of the AADC and helps to recruit leaders and spread the word about our alumnae association to people throughout the state.

Jeanne’s interest in public service was evident as a student at Douglass, where she played a role in what was then called the Government Association. She served as vice president, treasurer and rose to become president.

After her graduation in 1975, Jeanne went on to earn a law degree from Rutgers School of Law. All along, she has stayed engaged and involved with the AADC, providing leadership, vision and support to the AADC, her class and our alumnae sisterhood through her generosity and dedication over more than four decades, all while building an impressive professional resume.

She has served the AADC in many capacities, including as a long-time member of the Board of Directors. She served as AADC President from 2014-2018 and was reelected to that post in 2020. She has also served her class as President, Vice President and current Alumnae Council representative. Jeanne was a very active sponsor in the former AADC Extern Program and still keeps in touch with many of the students she mentored. She also has worked on numerous AADC committees, including Strategic Planning and Reunion.

Jeanne also has been a big advocate for Rutgers University, serving on the Board of Trustees from 1990 – 2002. She took on the role of Trustee Emerita in 2003.

Jeanne spent her professional career in public service, retiring as president of the state’s Board of Public Utilities, having been appointed to the BPU by then-Governor James E. McGreevey in January 2002. The board is a regulatory authority that works to ensure safe, adequate, and proper utility services at fair and reasonable rates for customers in New Jersey. She was active with the National Association of Regulatory Utility Commissioners, chaired the National Council on Electricity Policy, and served as president of the Mid-Atlantic Conference of Regulatory Utilities Commissioners.

Jeanne is a true steward of the environment, serving from 1994–2001 as regional administrator of the U.S. Environmental Protection Agency for New Jersey, New York, Puerto Rico, and the U.S. Virgin Islands. She managed a staff of 1,000 and a regional budget, including Superfund, of $1 billion. Prior to this role, she was commissioner of the New Jersey Department of Environmental Protection and Energy. She has also been vice president of the National Women’s Political Caucus and served three terms as president of the Women’s Political Caucus of New Jersey.

Jeanne has received many honors for her volunteerism and professional achievements. In 1987, she received a “Women of Achievement” award from the New Jersey State Federation of Women’s Clubs of GFWC and Douglass College. She was inducted the AADC Society of Excellence in 1994 and received the AADC’s highest award for service, the Margaret T. Corwin Award, in 1998.

As a member of the AADC Mediation and Negotiation Team that worked on the July 2016 Agreement with Rutgers Parties, Jeanne devoted countless hours to help determine the best course of action on the issues the Team considered on behalf of the AADC. Jeanne served as a key member of the Team, sharing her expertise as a lawyer, from her a career in government and as an alumnae leader. Her leadership during a critical time in the organization’s then 95-year history enabled the AADC to seek a beneficial outcome and provide a strong vision for the future of our alumnae organization. She was awarded the 2017 AADC Medal for her extraordinary efforts.

At Rutgers, Jeanne was named to the Rutgers Alumni Association’s Loyal Sons and Daughters. In 1997, she was inducted into the Rutgers Hall of Distinguished Alumni.

Jeanne never hesitates to demonstrate her love for the AADC and gives generously of her time and resources. She is a consistent donor to the AADC Annual Appeal and is a member of the Mabel Smith Douglass Leadership Circle. She and her husband Steve DeMicco RC ’74 are Pearl Sponsors of our AADC 100th Anniversary Proud History to Bright Future Gala in June.

After decades of leadership and service to the AADC at the highest levels, Jeanne has made an indelible mark on our alumnae sisterhood. It is safe to say that no one exudes more passion for the AADC than Jeanne.