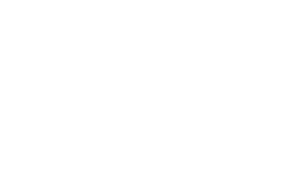 Thank you to the hundreds of alumnae and guests who participated in the highly-successful AADC 95th Anniversary Weekend celebrations. Both Alumnae Reunion Weekend and the AADC Forward Together Gala: From Our Founding Into Our Future were sold-out events. Former Dean Carmen Twillie Ambar delivered an empowering keynote address at the Gala.

Our celebration began on Thursday evening, April 19, with the invitation-only event, An Evening to Honor AADC Benefactors. Alumnae spoke about the impact of support and the value of supporting our alumnae sisterhood, and all enjoyed an evening of connecting and sisterhood.

Reunion celebrations began with the Vanguard Luncheon on Friday morning, welcoming more than 80 members of the Class of 1968 into the Vanguard Fifty Socitey. Anita Hahn Wolfson, Class of 1943, attended in celebration of her 75th Reunion. That was followed by an afternoon bus tour, a presentation about the history of the AADC, a health and wellness presentation, and the evening’s wine and cheese reception hosted by the AADC Black Alumnae Network at the Ruth Schilling Hennessy Alumnae Center.

Reunion Convocation in Voorhees Chapel on Saturday morning featured the Vanguard Class of 1968, Milestone Classes Parade, Alumnae Awards and keynote by former Dean Dr. Mary Hartman. Among the milestone classes, we heralded two classmates from the Class of 1948, Betty Reeve Inglis and Marie Di Francesco Leppert, who were celebrating their 70th Reunion. Convocation was followed by the sold-out Champagne Jazz Brunch, Milestone Class Photos, afternoon tours and activities, including a “Women Changing the World” panel, a talk by Michele Hudgins Ozumba ’73, President of the Women’s College Coalition, and a performance by musicians, dancers and actors session from the Crossroads Theater, State Theater New Jersey and American Repertory Ballet at the “Can’t Have Smarts Without the Arts” session. Crossroads Theater also performed an informative and entertaining skit at the Champagne Jazz Brunch.

Our AADC Forward Together Gala was held at New Brunswick’s Heldrich Hotel and was attended by some 350 alumnae and guests. Gala honorees the New Jersey State Federation of Women’s Clubs of GFWC were featured. Oberlin College President and former Dean Carmen Twillie Ambar delivered an inspiring keynote and former Dean Barbara Shailor shared remarks and congratulations, as well as Michele Hudgins Ozumba ’73. The sold-out evening included dinner, music and dancing, a photo booth, a candy dessert bar and the opportunity to participate in a wine pull.