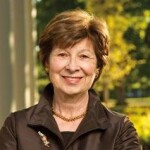 Joyce Kovatch Albers-Schonberg ’65 brought her unique perspective as a scientist and an investment analyst to her work as a leader of the AADC. We remember her with fondness and honor her legacy as we mark the third anniversary of her passing on October 6, 2018. With her passing, the AADC lost a dedicated and generous leader whose loyalty to the AADC remains exemplary. Alumnae who worked with Joyce also remember her kind spirit and ready smile.

She was a long-time member of the AADC Board and Executive Committee. Joyce shared her extensive financial expertise with the AADC as Vice President of Administration and served on the Investment Committee for more than 25 years, including as Chair for five years. Joyce shared her talents and vision on the Major Gifts-Alumnae Cultivation Committee, the Publications Advisory Board, and the Memorabilia Committee. She also served on the 2001-2002 Search Committee for the Dean of Douglass College. She was elected class President, serving from 1980-1985, and served as class Fund Agent, raising over $54,000 in 2000 to establish the Class of ‘65 Scholarship Fund. She also aided in the planning of the Douglass College 75th Anniversary Campaign and the Convocation for Dean Carmen Twillie Ambar.

The “Campaign for Douglass,” which Joyce co-chaired from 2010 to 2014, was the AADC’s most successful capital campaign, raising $42 million, greatly exceeding its original $35 million original goal. The new assembly room in the Kathleen Ludwig building in the Global Village at Douglass, a key part of the capital campaign, bears her name.

Joyce’s tireless dedication to her alma mater was evident in 2006 in her efforts to save Douglass College with her willingness to meet with members of the Rutgers University Board of Governors, attend the Save Douglass College Rally and March, and participate in public forums, among other initiatives.

Following her graduation from Douglass with a major in microbiology and minor in chemistry, Joyce joined the Merck Research Labs in 1965. After 13-years at Merck working on new anti-viral and anti-tumor agents and anti-hypertensive drugs, Joyce decided to combine her love of science with an interest in the business aspects of health products. She then earned an MBA in Finance and Marketing at New York University School of Business, graduating with honors. She was inducted into Beta Gamma Sigma, the national scholastic honor society for business.

With her new degree, Joyce joined the investment bank First Boston in 1980 as an equity analyst covering the health care services industry, where she became nationally recognized for her investment expertise. For many years was ranked as the number one analyst in the industry by Institutional Investor Magazine. Joyce was also highly commended by Institutional Investors for her research and investment recommendations in the pharmaceutical industry. She was a guest on “Wall Street Week” with Louis Rukeyser, “CNN Business News” and was frequently quoted in the The Wall Street Journal and The New York Times.

In 1995 Joyce became a partner in a start-up hedge fund, Deerfield Management, which specialized in investing in health care companies. The Fund grew from $100 million to $700 million over the five years that she was an active partner with the firm.

After she retired in 2000, Joyce spent more time focusing on philanthropy and community service. She established a family foundation and supported two scholarships for women studying math, science, engineering and technology and was a major donor for the Global Village Living-Learning Residence Hall at Douglass. Her foundation has funded a new home for a low-income family in Trenton through the Martin House and a Stroke Program at the University Medical Center at Princeton.

Among Joyce’s many honors were the Douglass Alumnae Recognition Award and the Margaret T. Corwin Award from the AADC; the Rutgers Scarlet Oak Meritorious Service Award; and the 2012 New Jersey Women of Achievement Award from the New Jersey State Federation of Women’s Clubs of GFWC. In 2016, Joyce was inducted into the Douglass Society, now called the AADC Society of Excellence, in recognition of her professional achievements and dedication to the AADC.

The AADC remains indebted to Joyce Albers-Schonberg for her support, acumen and thoughtful ideas through four decades of service that helped to guide the Associate Alumnae of Douglass College through both good and challenging times.